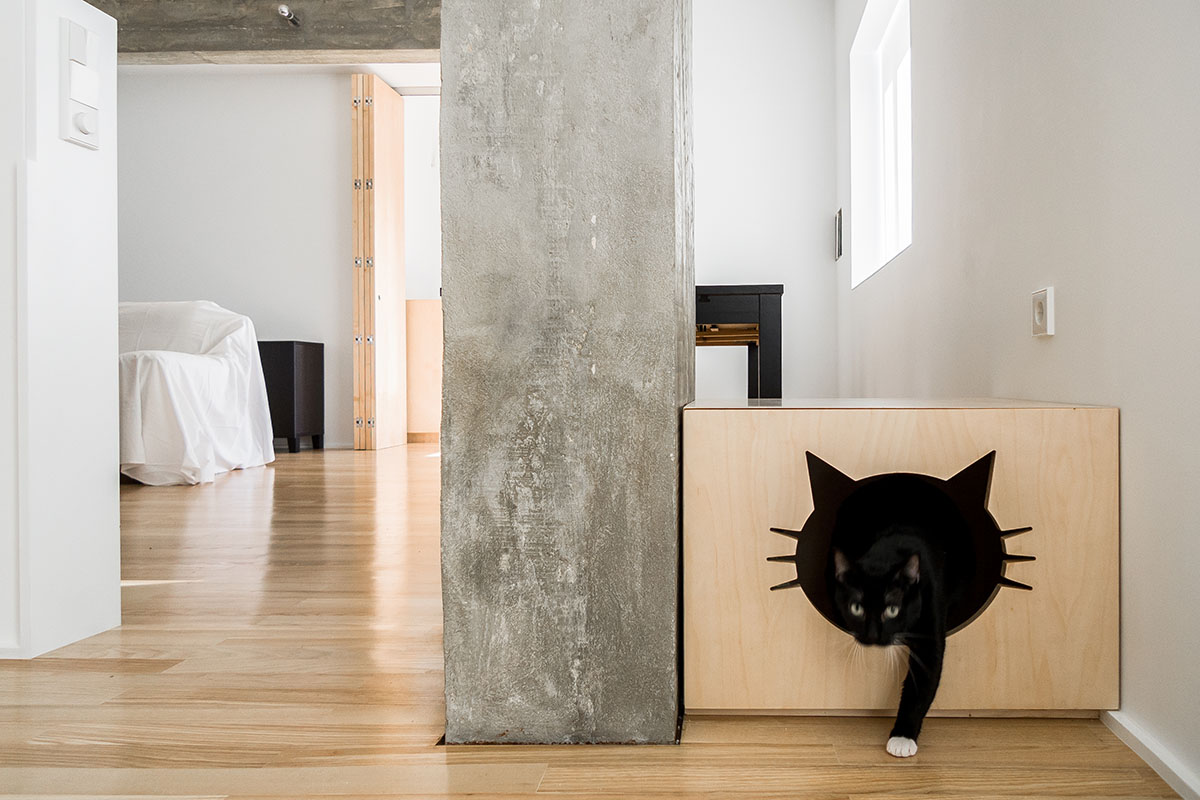 At some point during the 20th century, Odivelas forgot architecture and architecture forgot Odivelas.
The usual problems of these apartments include thermal discomfort, over-partitioned spaces and area lost to the exclusive use of corridors, balconies facing north, undersized and underlit living-rooms, enclosed balconies used as storage rooms, small bathrooms crammed with appliances, as well as a considerable amount of noise caused by: plastic lids, junction boxes, cable conduits, siphons, in addition to the usual protrusions of pillars and beams.

The rooms are redefined, smoothing the limits between living-room, kitchen, office and south-east balcony, providing a greater integration and closeness when living the social areas.

The proposal, more than solving technical and functional problems, seeks to give a soul to this aparment, transforming it into a home where living becomes a pleasure, in an attempt to give a small contribution for the happiness in the daily-life of its users.

Honorable Mention at the Odivelas Municipal Prize of Architecture
Published in Domus, Divisare, Público P3, FloorNature, Diário Imobiliário, among others 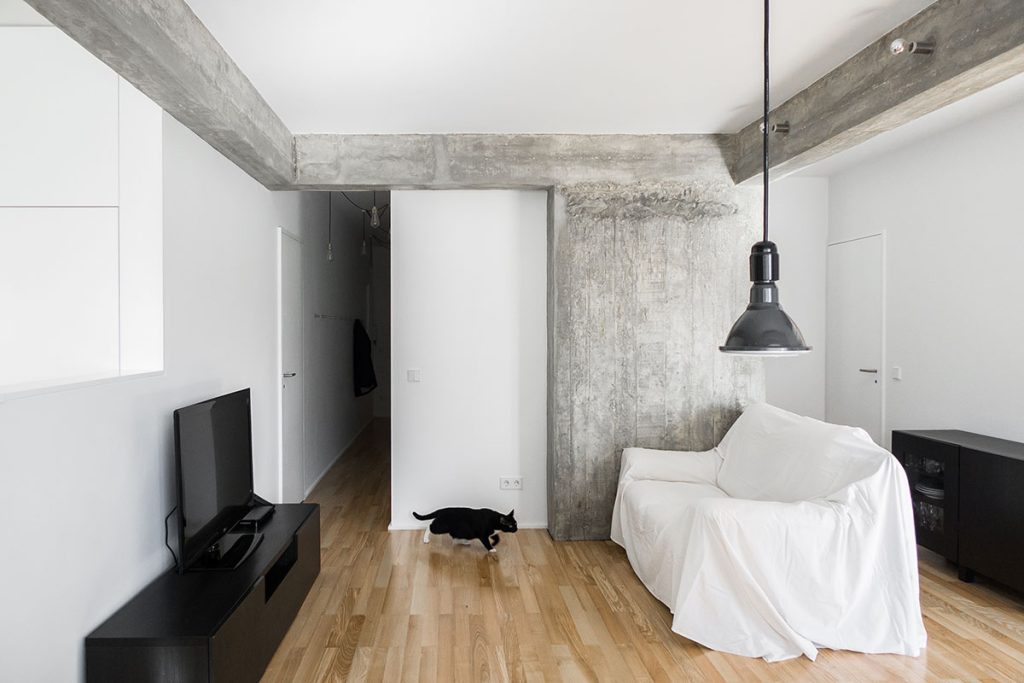 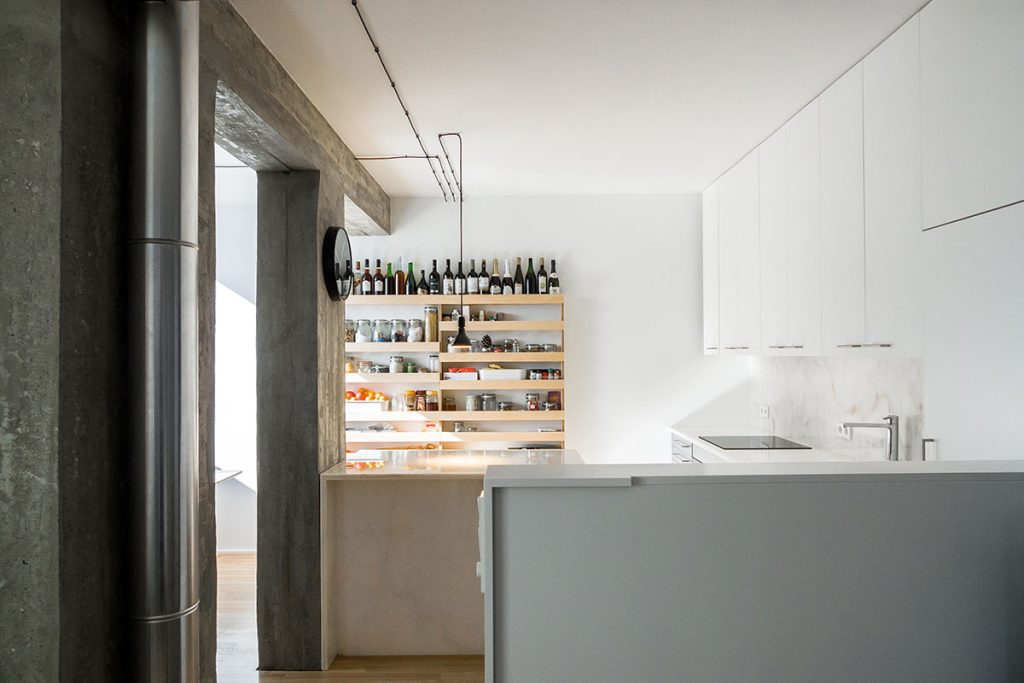 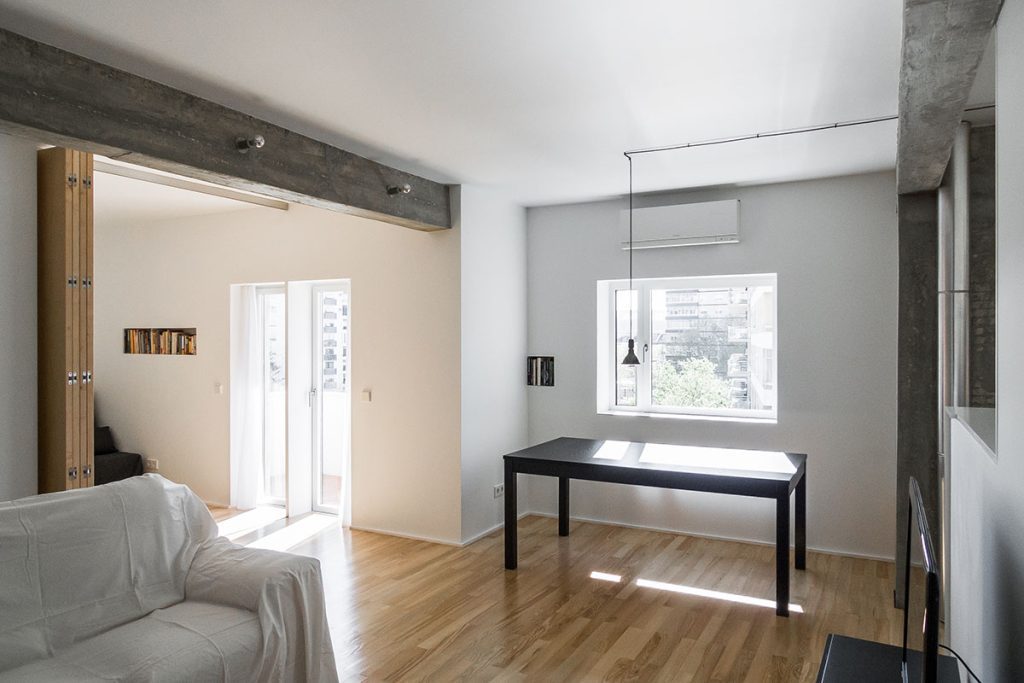 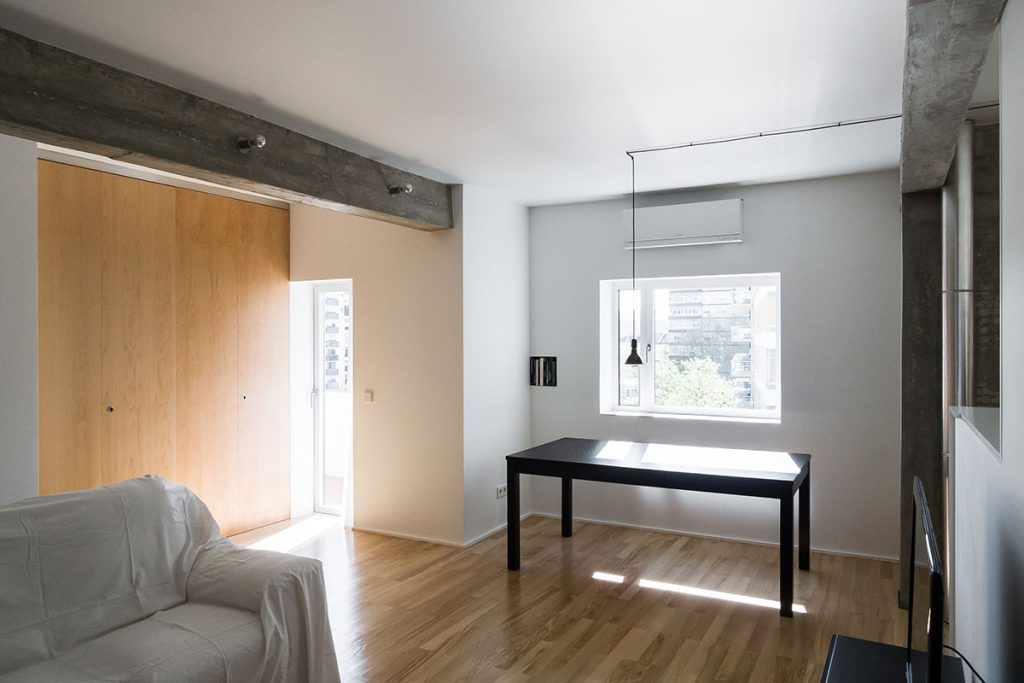 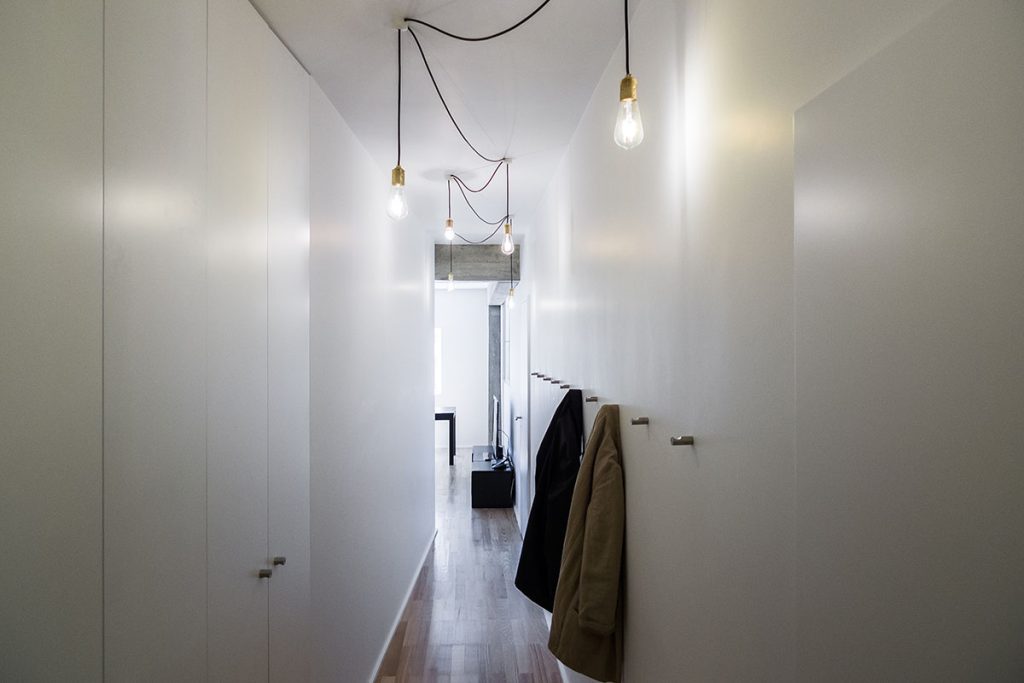 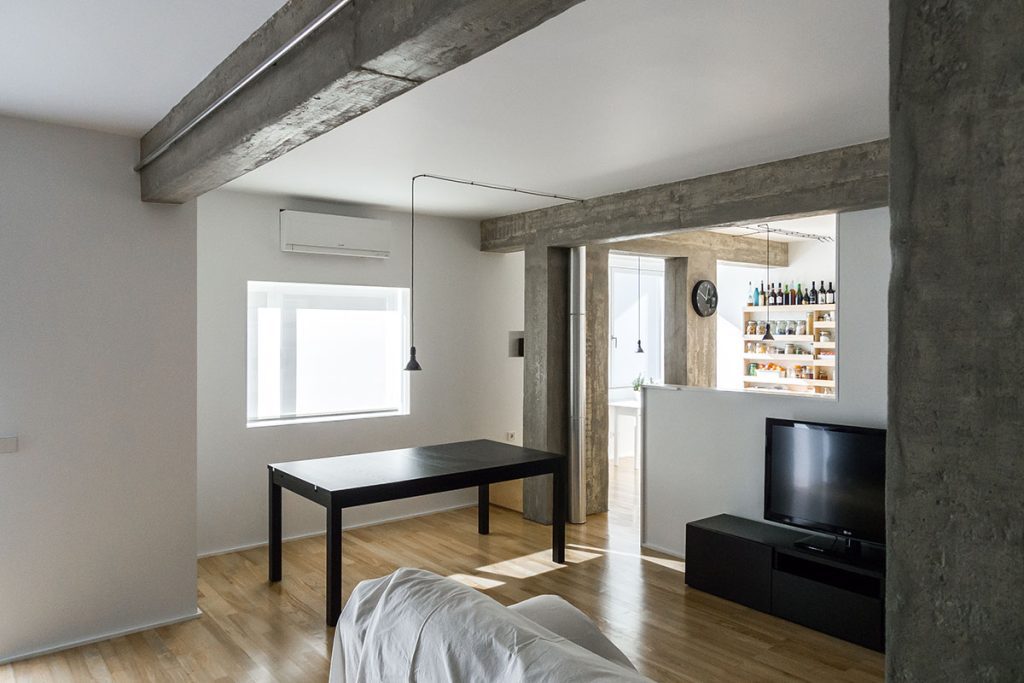 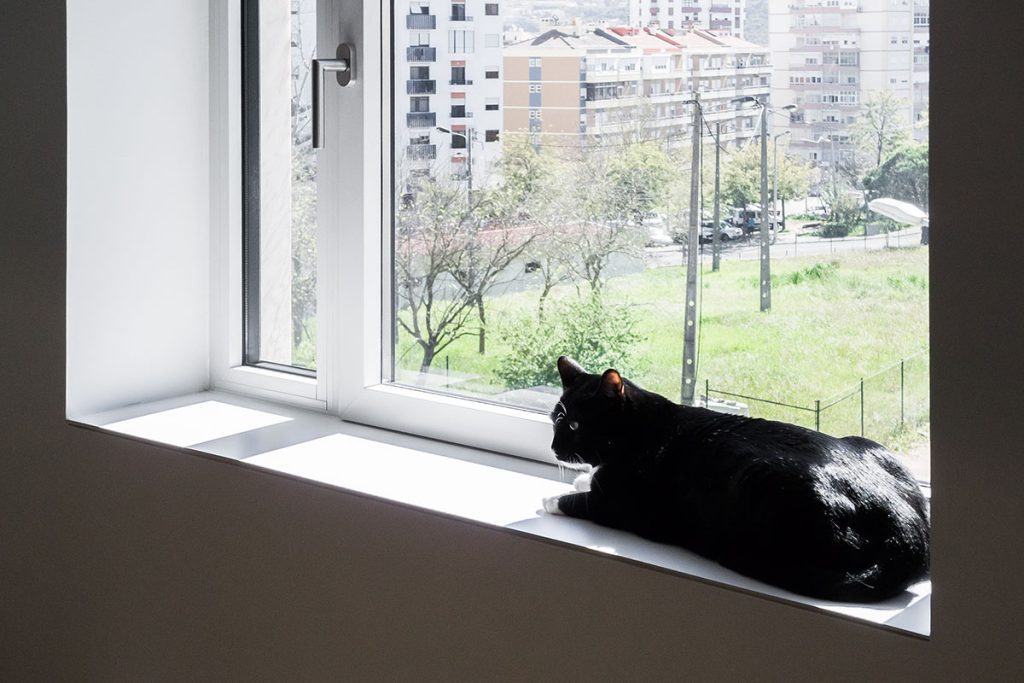 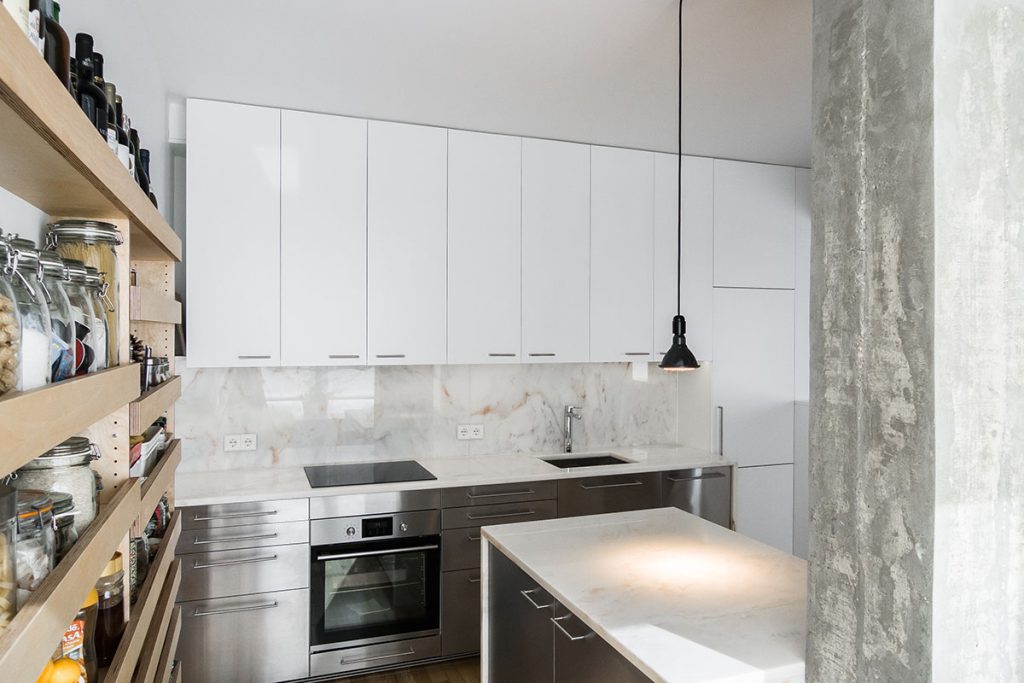 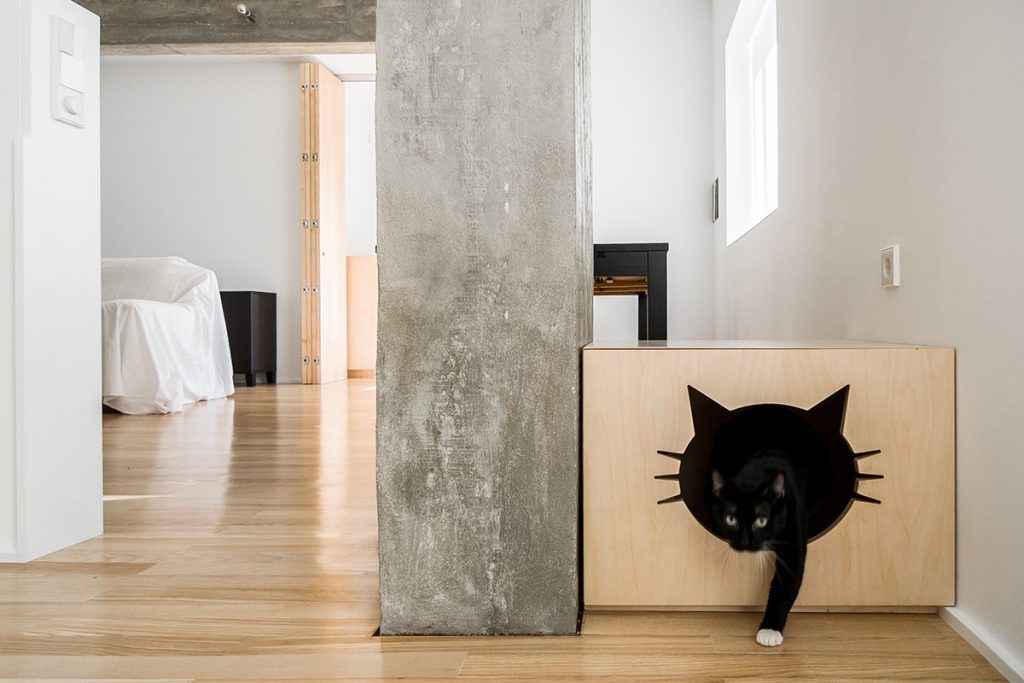 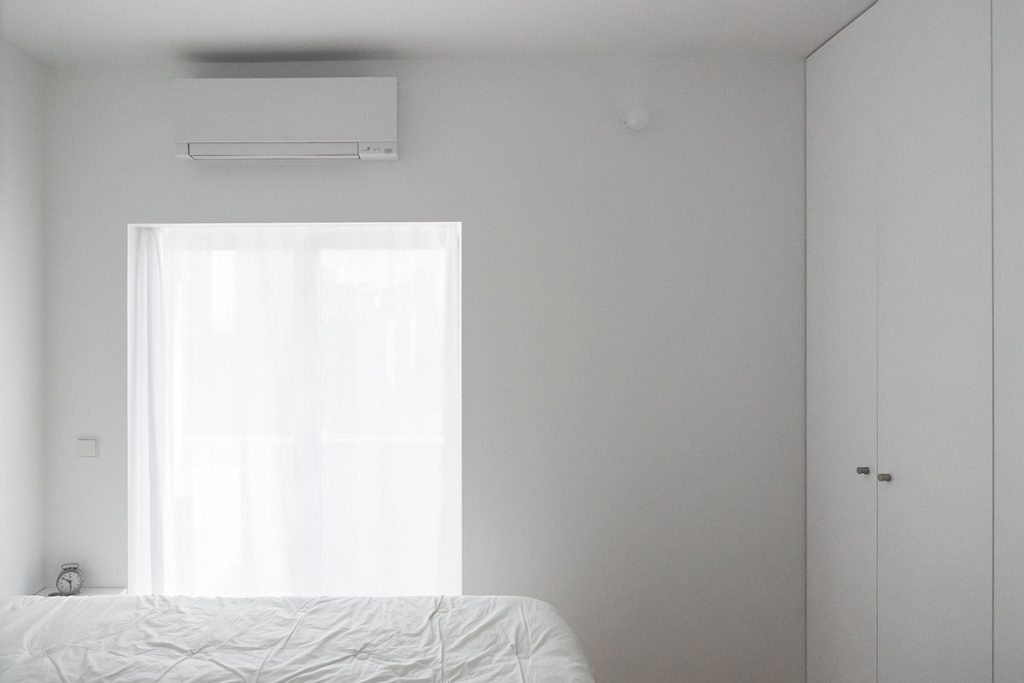 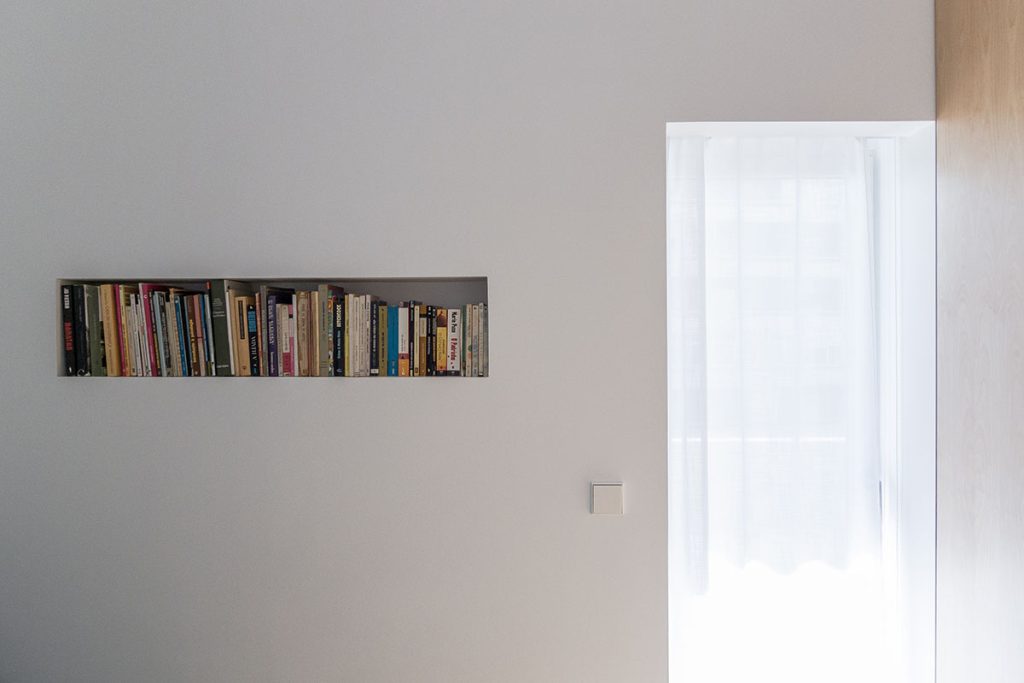 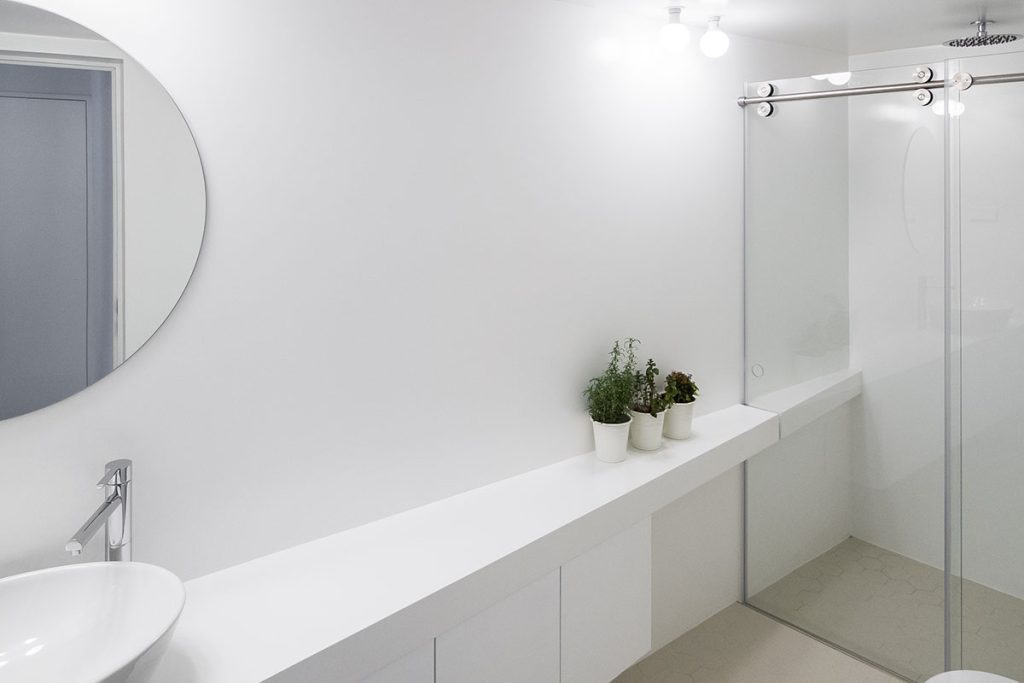 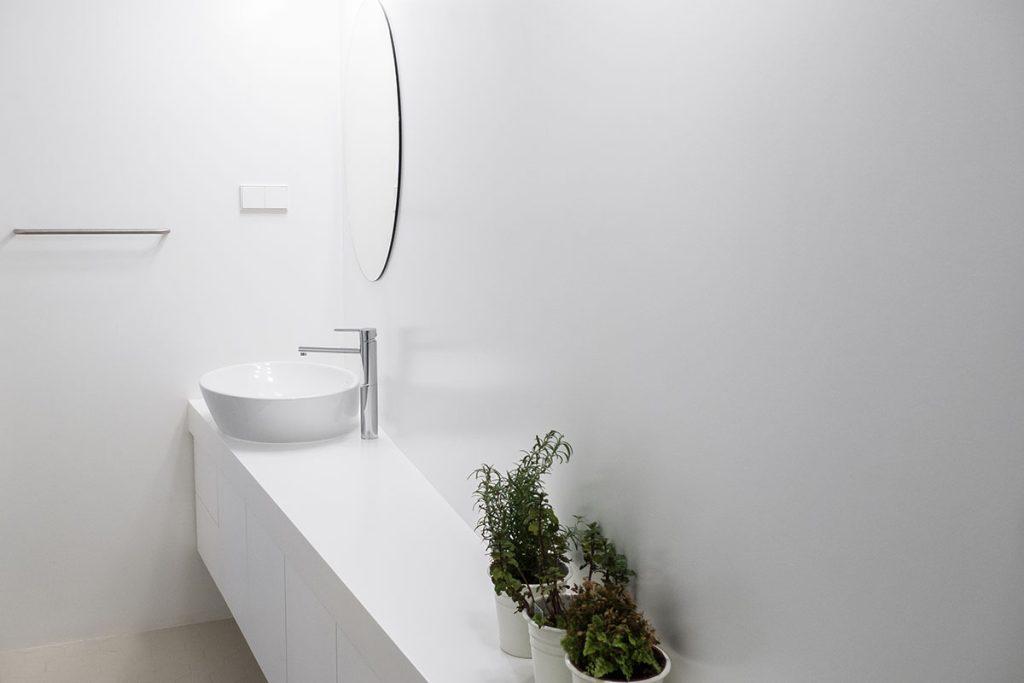 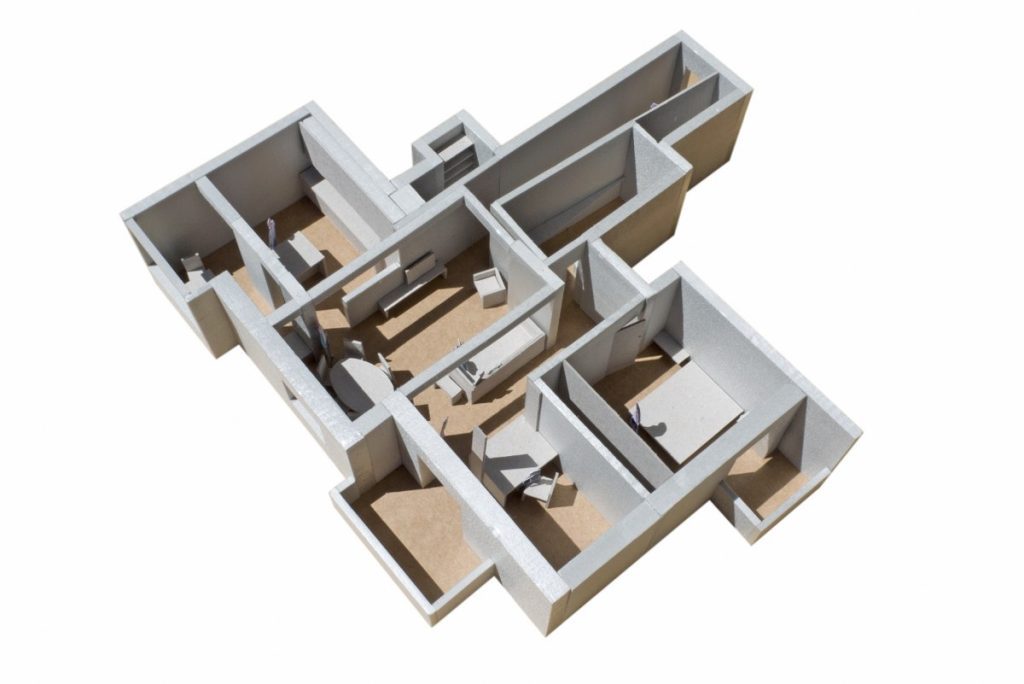 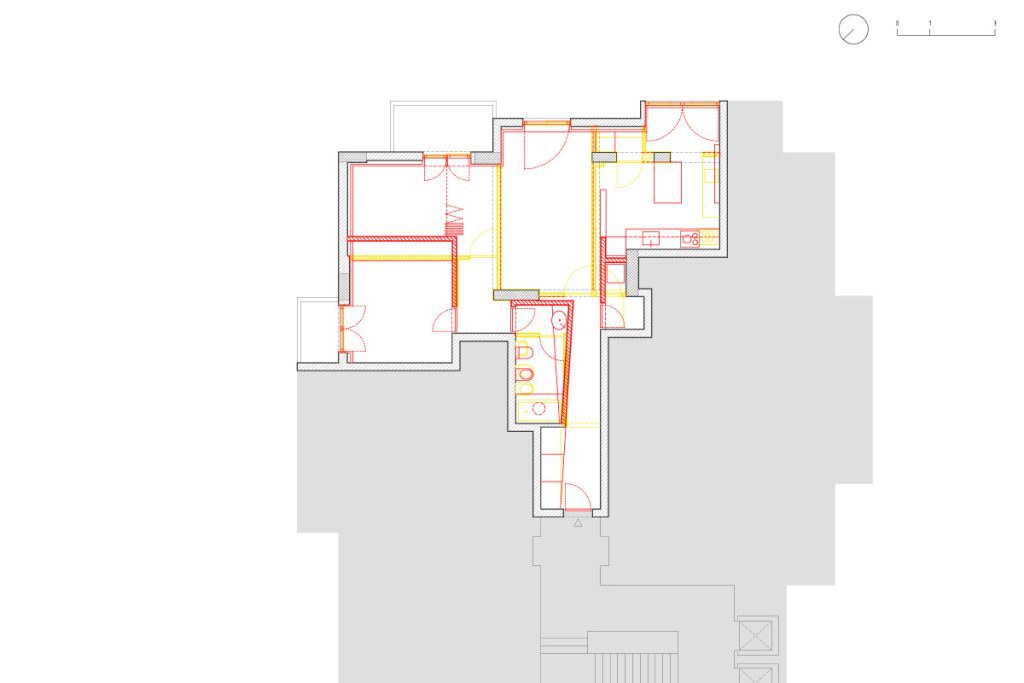 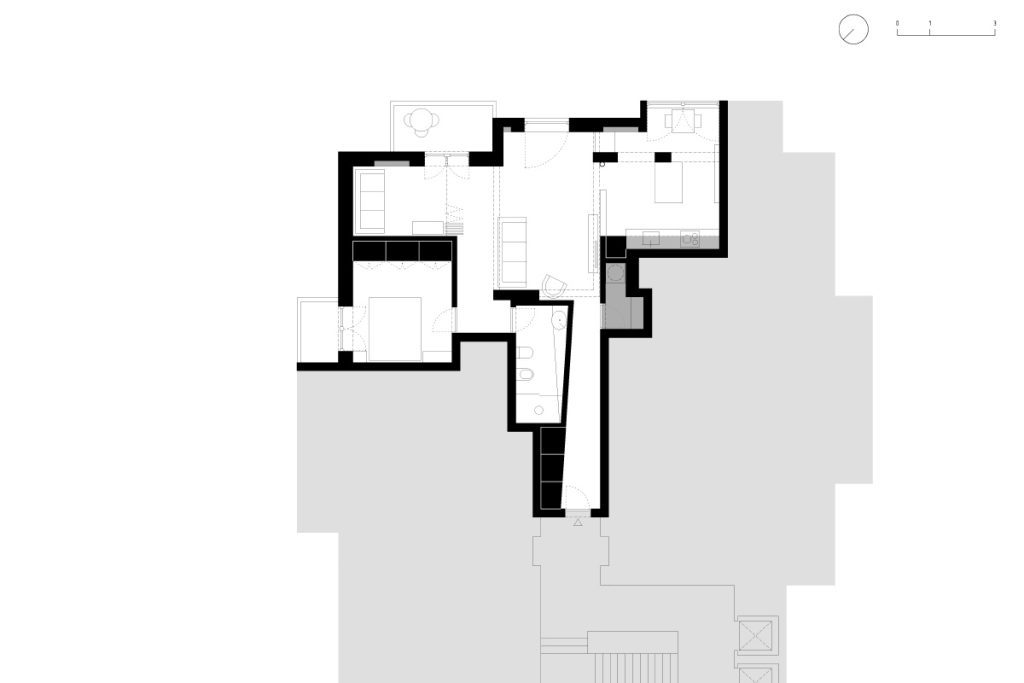 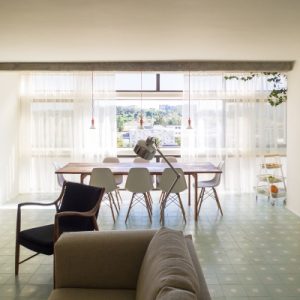 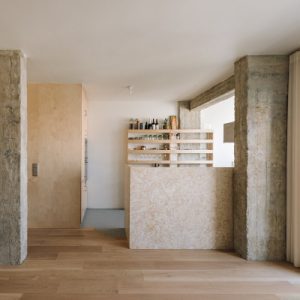 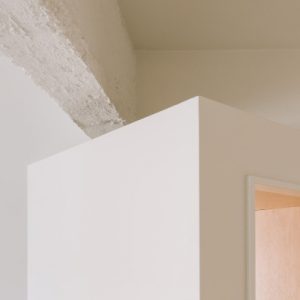 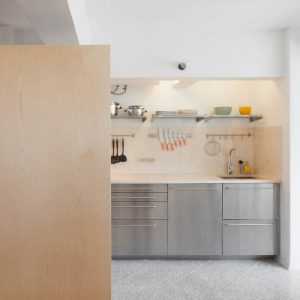